On Tuesday, May 7, 2019 Mayor Gary Christenson signed the bill into law that amends the City of Malden Ordinances to include a section regarding the use of recyclable and reusable bags. Effective January 1, 2020, checkout bags used by Malden retail establishments may only be reusable, multi-use bags. The single-use plastic bags which are currently being used will no longer be allowed at any point of sale.

Last year Mayor Christenson was approached by 8th grade students at the Beebe School as well as the Mystic Valley Regional Charter School to consider a ban on single-use plastic bags in Malden. A group of residents had also recently spoken to the Mayor about this very issue. The environmentally conscious students’ and residents’ concerns regarding the bags included that they are nonbiodegradable, end up as waste in landfills, often get stuck in storm drains clogging pipes, and even end up stuck in our trees. Additionally, continued production of bags contributes to greenhouse emissions.

Mayor Christenson was on board and proposed the ordinance which was sponsored by Ward 6 Councilor David Camell. The proposal was brought before the City Council who sent it for review by the Ordinance Committee. The City Council’s Public Engagement Committee hosted a community forum to engage residents and businesses about the initiative and get public support. The initiative was passed by the City Council and Mayor Christenson invited the students to witness as he signed the legislation enacting the new ordinance.

The City will provide information to retail establishments as well as educate the public in the next few months before the law goes into effect. Customers are encouraged to bring their own bags into retail establishments but may also purchase a paper or recyclable bag from the establishment. Stop and Shop will sell reusable bags and will donate the proceeds to the Bread of Life. 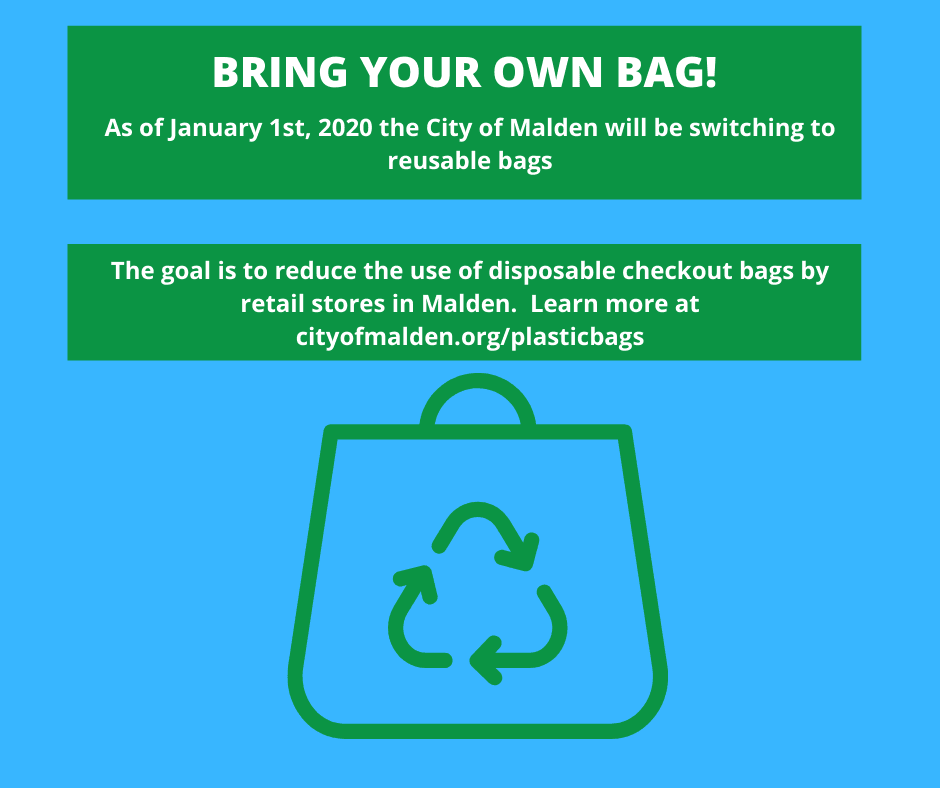